Depending on the selected system, SUPER-RAIL meets the requirements for containment levels from H2 up to H4b in accordance with EN 1317. The working width is from W2 up to W7. The envisaged ASI A is achieved where the local conditions do not require an ASI B.

SUPER-RAIL is a system consisting of two continuous box beams and one profiled beam (grid profile 4000mm) with A- or B-profile. The profiled beams are mounted to the lower box beam by deformation tubes.

The C125 posts supporting the box beams can be rammed into the ground at the roadside. Modern anchor technology also allows SUPER-RAIL to be anchored to structures by means of a base plate.

In general SUPER-RAIL is easy to repair. In most events of damage it is sufficient to replace deformation tubes and profiled beams. Since the system is still performing in those cases, reparation works can be carried out flexibly.

The system is designed to provide protection of traffic lanes on the same level or with different heights. SUPER-RAIL offers essential advantages over standard steel and concrete barriers due to the small   working width and the high degree of safety for passenger vehicles.

SUPER-RAIL is frequently used where space is limited. It is available as a double-sided system with a width of only 880 mm. Height can be adjusted where traffic lanes on either side are on different levels.

SUPER-RAIL is typically used for areas that are worthy for protection, such as water conservation areas, embankments, industrial facilities or service stations. SUPER-RAIL is characterized by a two-step performance and offers trend-setting values in terms of containment level and passenger protection. Deformation tubes are designed to ensure optimal absorption of the impact energy at a collision. The combination of two box beams with a steel guardrail ensures high containment performance even under the highest loads.

SUPER-RAIL Pro meets the requirements of the very high containment level H4b with regard to containment performance with small working width and low vehicle intrusion.

Due to its small working width, SUPER-RAIL is suitable for the safeguarding of dangerous places. The integration into existing systems is easily possible.

The SUPER-RAIL VZB was developed as a special solution for sign gantries. 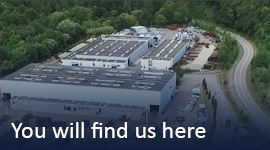 Retention period: This cookie will only remain for the current browser session.

Retention period: This cookie will only remain for the current browser session.

We use third-party analytics software to collect statistical information about visitors to our website. These plugins may share content you provide with third parties. We recommend that you read the privacy statements of the companies.

This is an open source web analytics service. Matomo provides the technology. However, Matomo does not process any data as the data is not transferred to Matomo (self-hosted).